The position of Secretary of the Ministry of Foreign Affairs of BiH is reserved for Emina Merdan (whose mandate expires in Brussels), a former extremely close associate of former Minister Sven Alkalaj, who will be remembered for the minimal number of activities in the Belgian capital. By the way, Merdan was engaged in Zagreb while Turković was the Ambassador of BiH to the Republic of Croatia

Ever since she too the seat of BiH Foreign Minister, Bisera Turković, a longtime SDA cadre and a person close to the Izetbegović family, has been trying to privatize BiH diplomacy, surrounding herself with suitable cadres and making unreasonable, sometimes scandalous, often unknown decisions.

The last one comes at a time of deep political and economic crisis, considering that Turković, according to Inforadar, is preparing for a hunting game.

Namely, to the general astonishment of MFA employees, the minister’s team decided to organize a hunting game for members of the diplomatic corps in BiH, which is planned for February 20 (unless something unforeseen happens, such as the possibility of her conscience working after the Inforadar text).

It is interesting that the hunt was planned in the forests near Bugojno, where Josip Broz, as a passionate hunter, welcomed distinguished guests.

NOT EVEN A CIVIL SERVANT BUT HAS A DIPLOMATIC PASSPORT

In the meantime, and far from the public eye, Turković is filling out her own personnel crossword puzzle, sovereignly controlling all processes within the BiH MFA.

The latest information says that since last Friday, the new BiH ambassador to Norway is officially Bakir Sadović, SDA staff and Alija Izetbegović’s nephew. After being hidden in his uncle’s Cabinet in the Presidency of RBiH during the war, Sadović served as BiH ambassador several times after the war, from the Netherlands, through the Republic of South Africa and Australia, to Turkey. 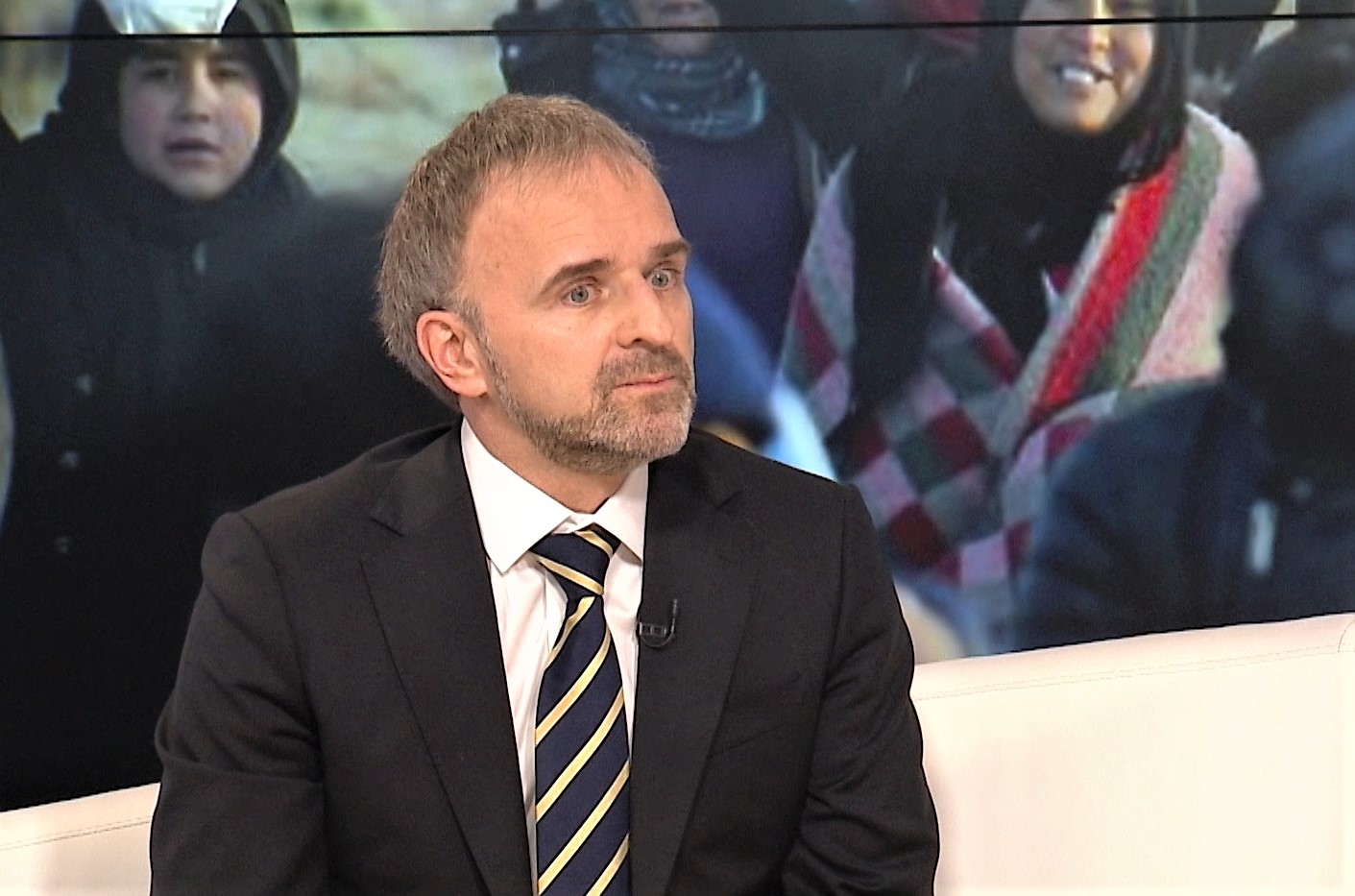 He is leaving for Oslo from the position of acting secretary of the BiH Ministry of Foreign Affairs, which he came to after the death of long-term secretary Adi Hadžikapetanović from the coronavirus. In the meantime, while preparing for Norway, according to the employees, he did nothing but sign the documents, repeating that he did not ask anything “because all decisions are made by Minister Turković”.

Sadović, on the other hand, did not mind signing bad personnel decisions after the minister’s decisions, in the evening, after working hours. 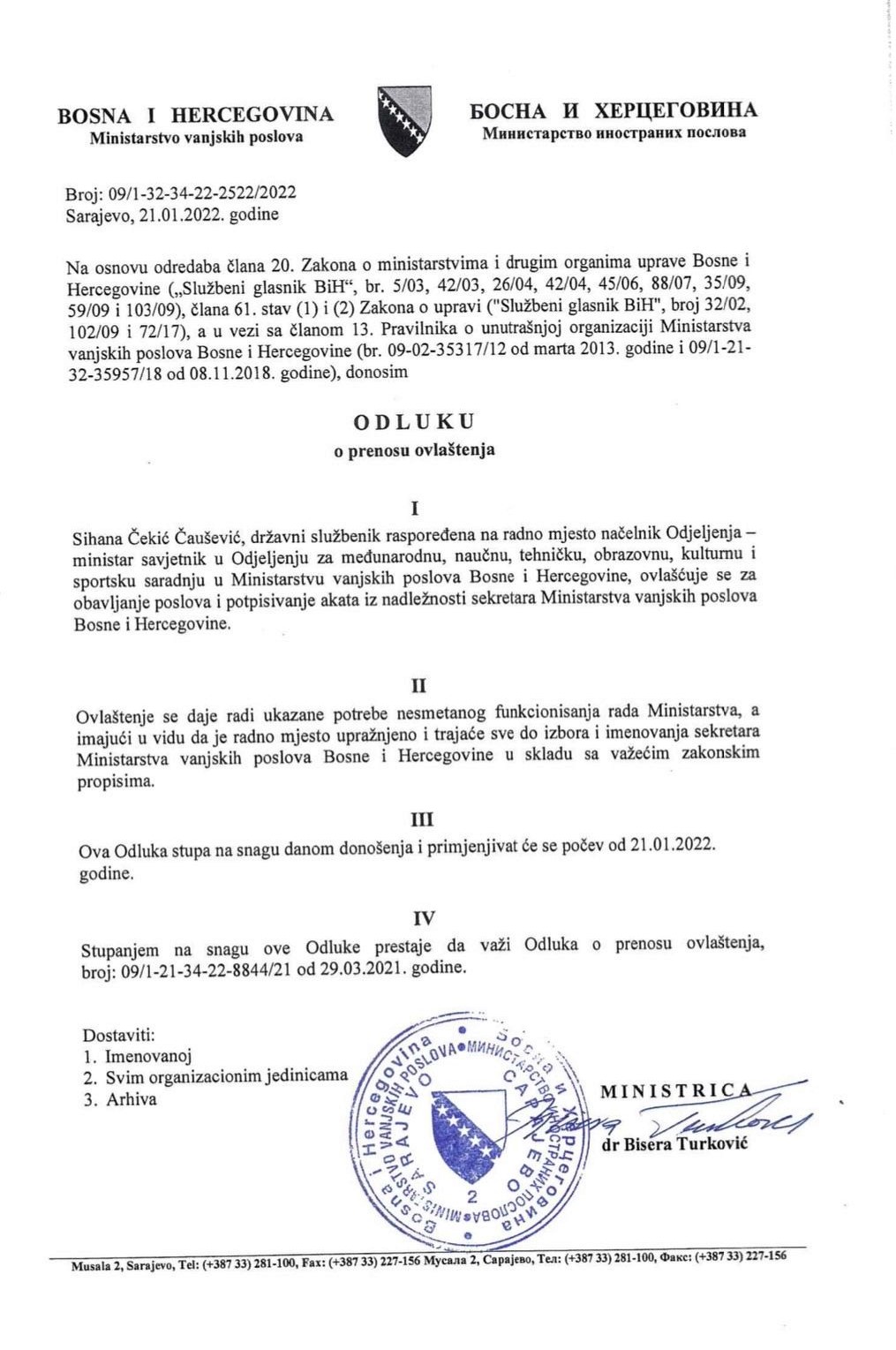 Unofficially, the place is reserved for Emina Merdan (whose term is expiring in Brussels), a former extremely close associate of former Minister Sven Alkalaj, who will be remembered for the minimal number of activities in the Belgian capital. By the way, Merdan was engaged in Zagreb while Turković was the Ambassador of BiH to the Republic of Croatia. 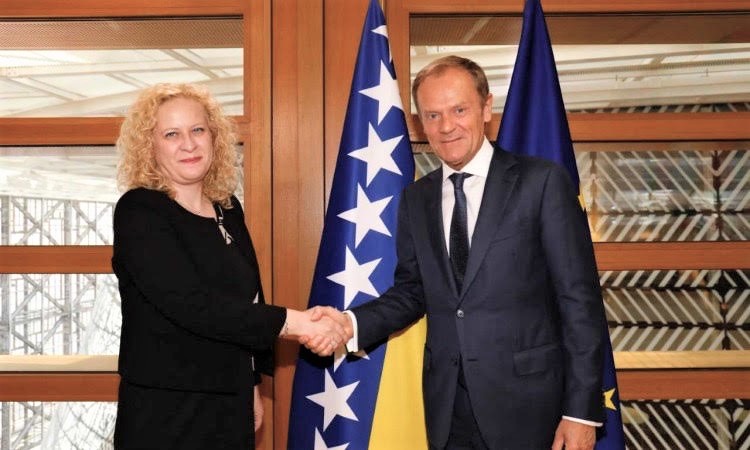 A special story, according to information from several sources, are the contracts of work and labour, which Turkovic signs relentlessly, often violating and derogating laws and regulations. We found out that a few months ago, a good part of such contracts were concluded with the children of many high-ranking MFA employees.

One such example is Armin Mešinović, the son of the Ambassador to Libya Nermin Mešinović, and the Contract of Work was also awarded to the daughter of Sanja Kusmuk, currently engaged at the Embassy in Belgrade.

The eternal Mirsad Muhović is also in Belgrade, whose son also signed the Contract of Work.

The work contracts were also signed by the daughters of the driver Esad Herić and the head of the Department in the Consular Affairs Sector.

The employment contract was awarded to the nephew of the Minister Counselor at the Embassy of BiH in Vienna, Davorka Ištuk, after she completed her internship at the Ministry of Foreign Affairs of BiH, while her daughter is, for a start, in the “internship” phase.

Turković is also prone to scandalous decisions, and she made one, allegedly thanks to her own discretion (which is not in accordance with the law), enabling a certain Ajdin Mecan to get a diplomatic passport (!) with a service contract, Even though he is not a civil servant.

Mecan was engaged to the BiH Embassy in Qatar while Turković was ambassador. According to information from several sources, Mecan should end up in the position of head of the Real Estate Department in the General Affairs Sector. This is supported by the fact that he recently travelled to Brazil and Uruguay for a handover of facilities that were given to us in the process of succession.

In the meantime, another favourite of the minister has progressed. This is Ivana Pejović, who was also in Qatar with Turković (as secretary). Turković returned her, hired her permanently and then awarded her the title of Chargé d’Affaires at the BiH Embassy in Qatar, where, we remind you, Ambassador Haris Lukovac resigned earlier due to the Minister’s arbitrariness.

Turković has been doing everything for years to strengthen the staff in Qatar, where she has deep business ties, and to install the most loyal people, so after her son Ali (whom she assigned as an OSA worker to a position in the embassy) and some officials , including Ivana Pejović, she will also have Abdulah Skaka, the new BiH ambassador, who is her henchman, in this rich Arab state. 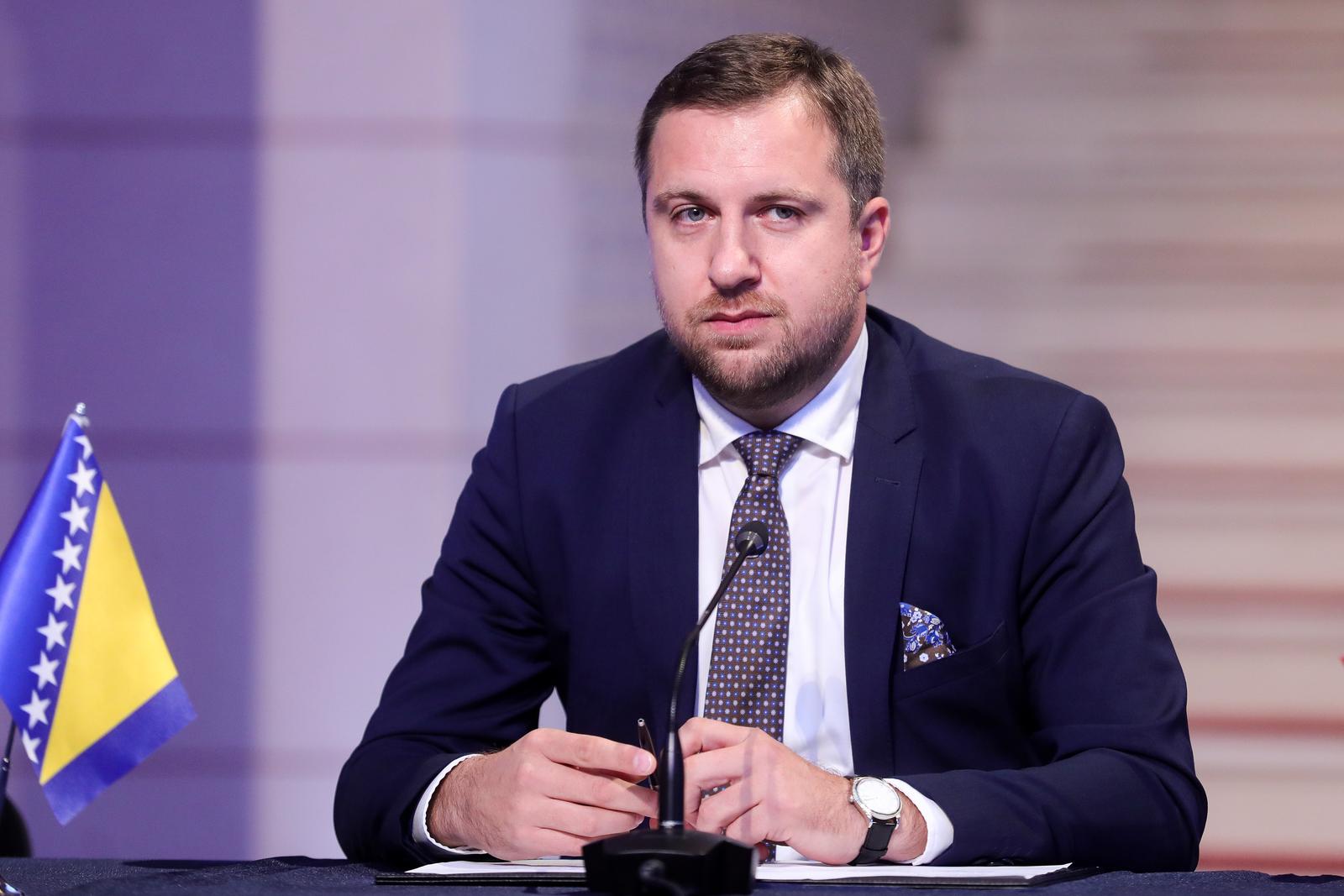 We have learned from several independent sources that the head of BiH diplomacy has a special interest in Qatar. We remind you of the earlier story of Inforadar about the sale of weapons of the BiH special-purpose industry in a semi-private arrangement (https://inforadar.ba/inforadar-otkriva-turkovic-tajno-putovala-u-katar-da-pripremi-teren-za-prodaju-oruzja/ )

VIOLATION OF LAWS AND RULES

Therefore, flattery and promotion have become the modus operandi of Minister Bisera Turković, whereby she, violating the mandatory legal procedure on the promotion of civil servants, which is only possible to achieve with quality work, rewards loyalty and cowardice.

For Professor Slobodan Šoja, one of the most distinguished and experienced BiH diplomats, former ambassador to France and Egypt and permanent representative of BiH to UNESCO, who was awarded the Order of the Legion of Honor by the French Republic, these events are nothing new.

“One of the key reasons why we still don’t have what we should have had a long time ago – the diplomatic state academy, is personnel policy. If it is known that the Ministry of Foreign Affairs should be filled exclusively, with rare exceptions, with staff from the diplomatic academy, then the job is ruined for all those who enter the ministry and are not recommended by profession and knowledge, but by acquaintance and obedience. It will take too long to fight for something that is so normal and only right and professional, that is, that the best in the class of the diplomatic academy represents the youth and hope of BiH diplomacy. All this should be legally regulated. Until that happens, we will not be able to say that we have a state, organized and efficient, but privatized, nationally divided and futile foreign policy and diplomacy. Honour to the rare exceptions that themselves are becoming more and more exceptions. The only solution is to form a Foreign Policy Council, which would bring together these exceptions, which would be joined by the most experienced diplomats from BiH who would make key strategic and personnel decisions. That the best choose the best. And the fact that such a simple solution will be a utopia in our country for much longer also testifies to how diplomatically we have sunk, “Šoja told Inforadar. 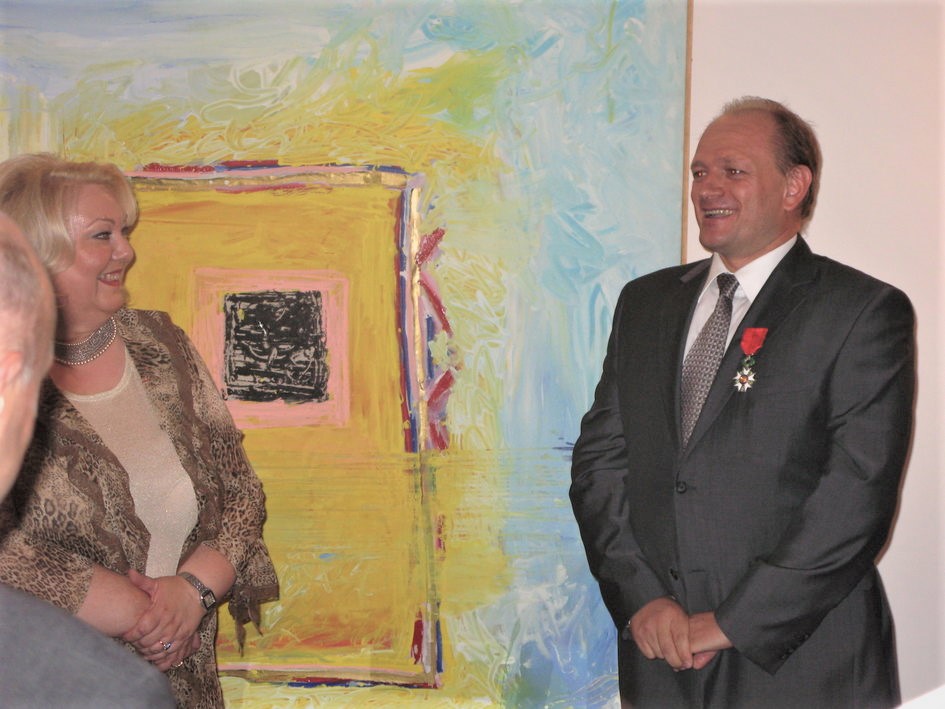 We remind you that after her appointment as Minister, Bisera Turković, in her first address to the public, stated that she would make a thorough audit of the employees brought by her predecessor Igor Crnadak, since the number of 71 employees from the Serbian people was sought.

But instead of exposing illegal employment and bringing order, Turković continued with an even worse practice.

TENS OF JOBS FOR PEOPLE OF BENEFIT

Inforadar previously published a series of articles on employees honored by the Minister, ignoring Article 31 of the BiH Law on Civil Servants, which clearly defines the issue of promotion, which is decided by the institution in accordance with regulations on salaries and compensations of employees in BiH institutions. 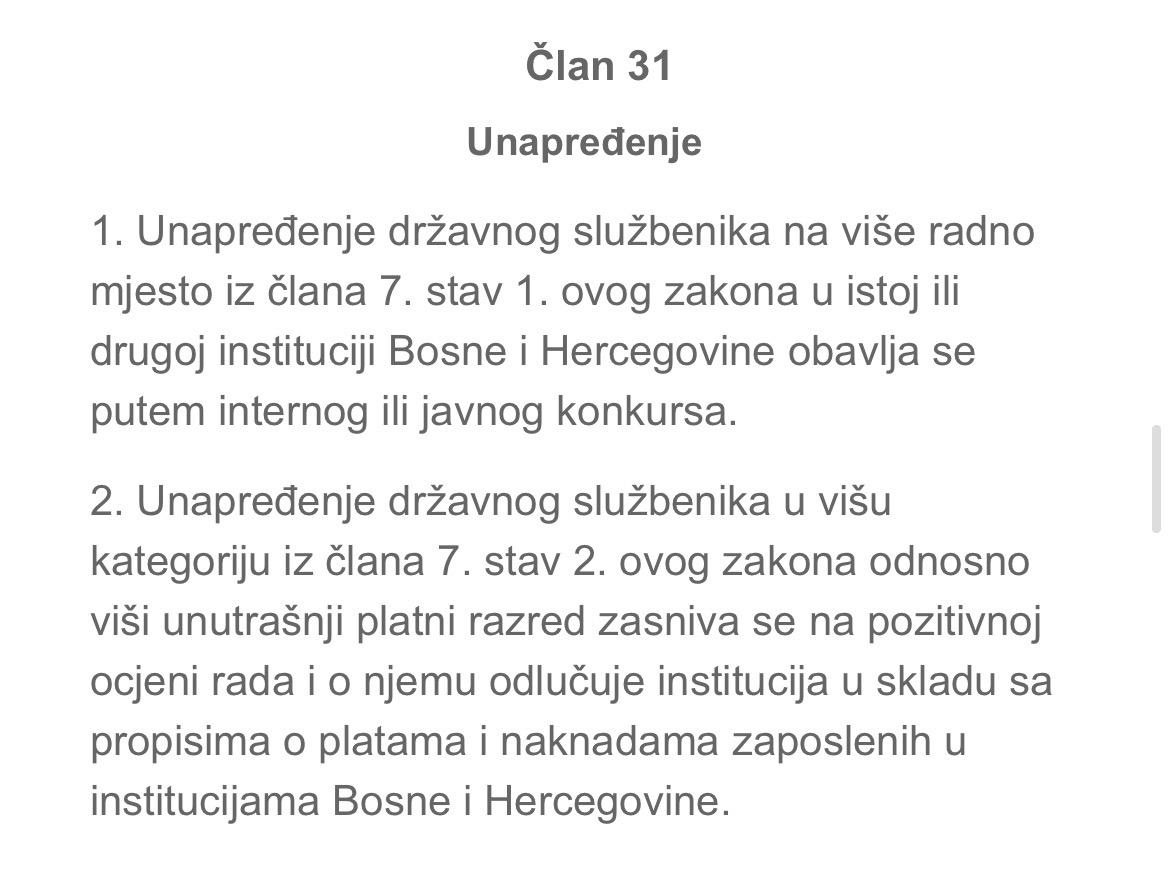 However, the fact that the law is obviously not obligatory for Bisera Turković is best confirmed by examples from practice.

Šaban Forić, a long-term secretary in the Ministry of Foreign Affairs, accepted in the competition as the third secretary, has been promoted three times so far. Performs the duties of Secretary and Personnel Advisor in the Cabinet of Ministers. He is the husband of folk singer Elvira Rahić. He is a faithful companion of Turković on almost all business trips, although he does not speak any foreign language;

Gordana Tijanić, former secretary of the former deputy minister Ana Trišić-Babić, who was admitted to the competition for the third secretary during Crnadak’s time, was promoted to the first secretary and will now go to the Embassy in Belgrade; Amra Hadžiosmanović, promoted to advisor, second promotion in four years;

Miroslav Vujčić, president of the Ministry’s Employees’ Union, one of the natives (employed at the MFA since 1993), a three-time wounded ARBiH fighter, told Inforadar that he had never seen such rudeness because he thought it could not be worse than Crnadak. “.

By the way, the Trade Union addressed the cabinets on several occasions due to illegalities in the personnel policy. Our portal is also in possession of all correspondence. We single out this one from October 2020, which indicates a pre-tuned competition for 11 civil servants. 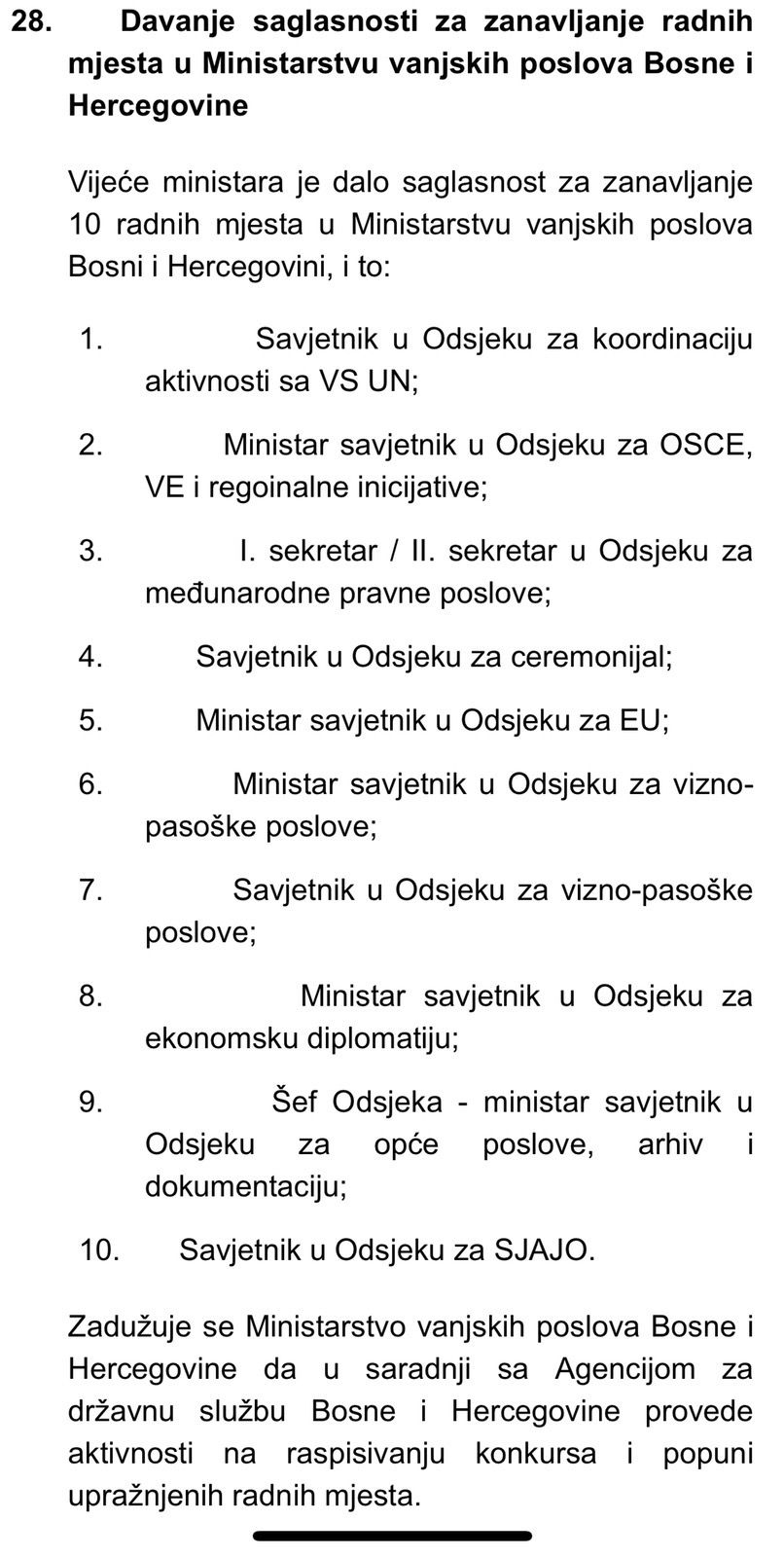 In the meantime, the competition was closed and, among others, the following were accepted:

Ivana Pejović, former secretary of the BiH Embassy in Qatar; Izmir Talić, former Ambassador of BiH to Montenegro, Bojan Matović, worked on the affairs of the PRS in the archives of the Ministry of Foreign Affairs of BiH (admitted to the competition for First Secretary), Nataša Anić, was the secretary of the Cabinet of Prime Minister Josip Brkić, Ramiz Radonja, worked for years on SSS affairs.

That the Minister does not forget the loyal staff from her mandates, as in the case of Emina Merdan and Ivana Pejović, is proved by the example of the new adviser in the Cabinet, Stela Vasić, whose acquaintance with Minister Turković dates back to the time she served as ambassador to Vienna. Vasić took the advisory chair in the Cabinet after Jasmin Hasić left this position due to the inability to perform his job professionally due to the Minister’s insistence on loyalty and complete control in the Cabinet.

It is interesting that Vasić is a member of Naša stranka and the daughter of the former president of Zenica’s SNSD Mladen Vasić and husband Ivan Barbalić, a current advisor to KS Prime Minister Edin Forto and former BiH ambassador to the UN Mission in New York and Moscow.

Inforadar, as every time so far, addressed the Cabinet of Minister Turković with questions about all irregularities, violations of laws and regulations regarding the assembly of the personnel crossword puzzle and hoaxes in the MFA of BiH, but as always, our questions were not answered, although her Cabinet, in addition to all the rules, instead of a maximum of eight (with a driver) has as many as 14 people, most of whom, or almost all, brought Bisera Turković. 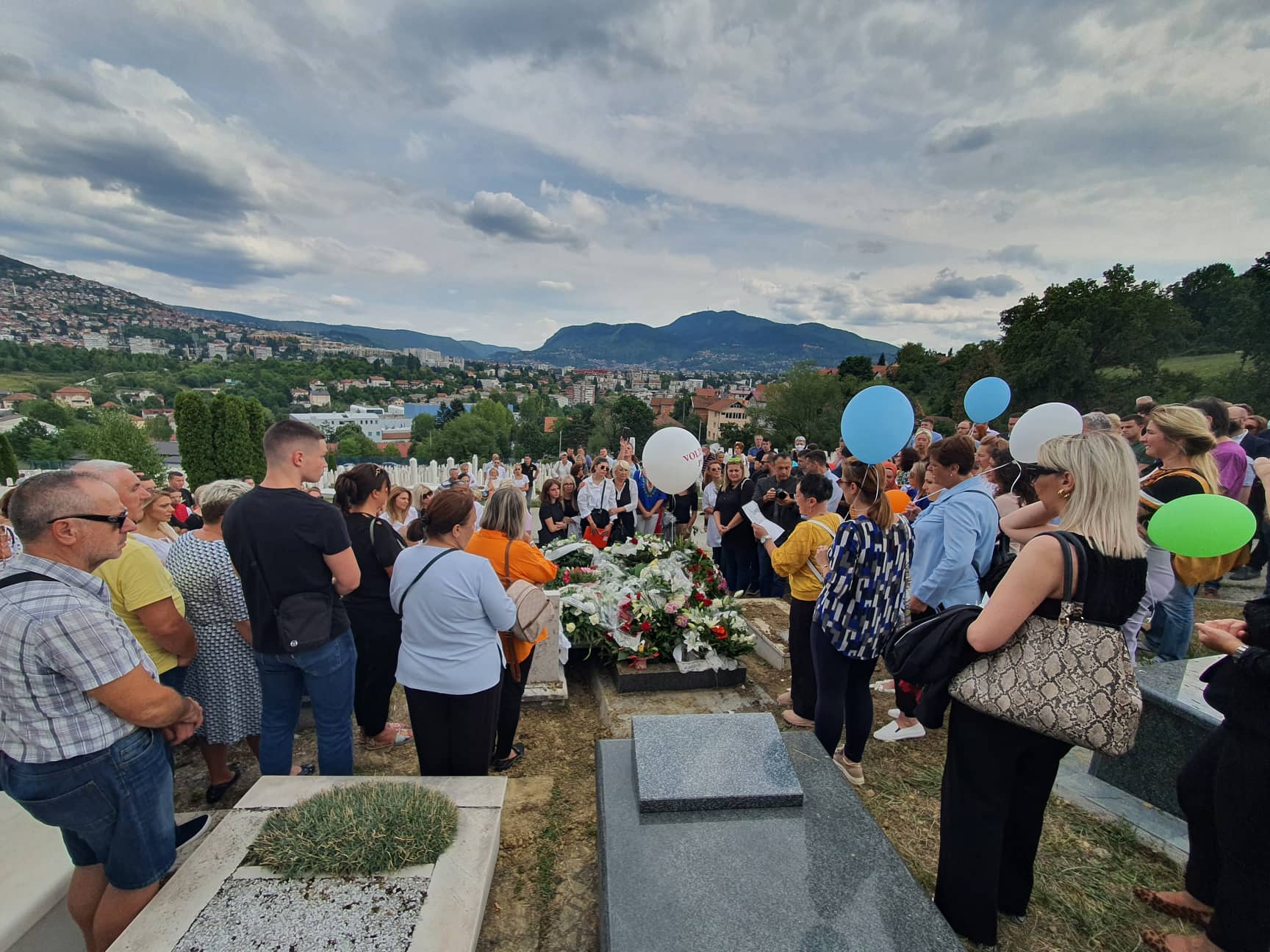 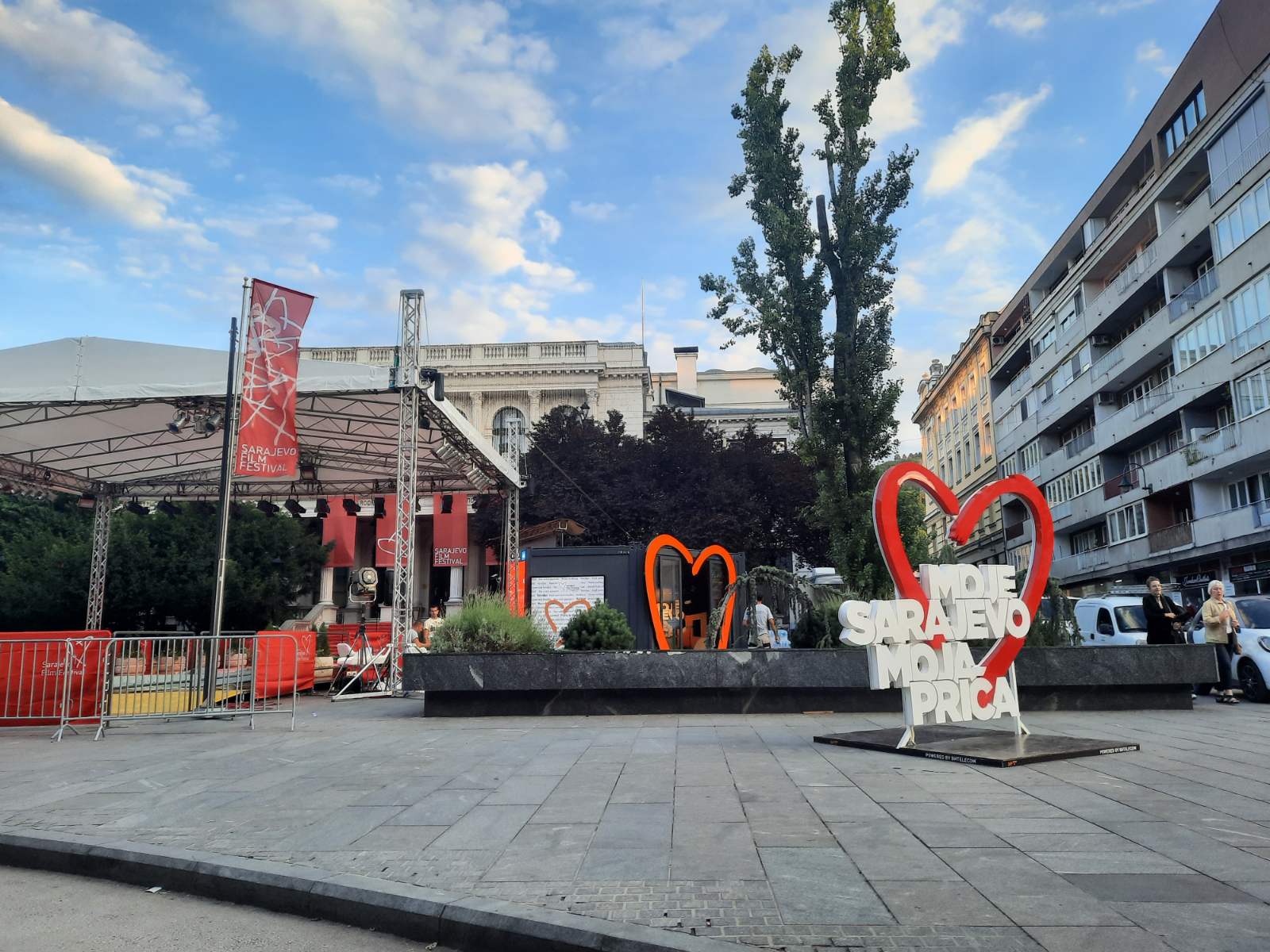