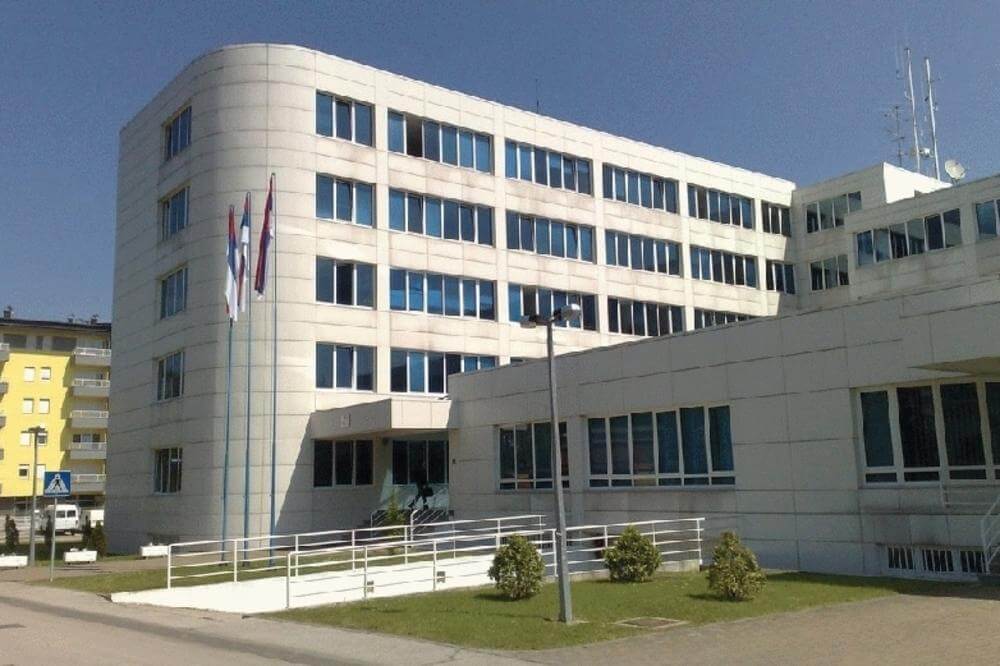 Let’s start over. In 2017, the trial of drug traffickers was held in Banja Luka (a group known as “The six” or “Šestroka”), and the District Court in Banja Luka on January 26, 2018 passed a conviction in which the accused were sent to several years in prison. The media have already written about the whole case.

What could not be heard before is the merits of the verdict, which was later confirmed by the Supreme Court of Republika Srpska, which includes the testimony of Milanka Erić, a police officer of the Ministry of Internal Affairs of Republika Srpska. Namely, in Erić’s testimony, she admits to committing a serious criminal offence, and the importance of the testimony itself is evidenced by the fact that the court also fully admitted and incorporated it into the verdict.

It is also interesting that Erić admitted that she delivered narcotics to very important people from the socio-political life of Republika Srpska.

“After some time, her two friends (names known to the editorial office) asked her if she knew anyone from whom she could get cocaine, and she then remembered one of the accused. He gave her the phone number via Facebook, after which they saw each other in front of the building where she lived in Majke Knežopoljke Street in Borik. On that occasion, he told her that he could provide cocaine for her friends and asked her how much she wanted. She then contacted…, who told her that she wanted a quantity in the amount of 100 KM, after which she took the drugs from the accused and handed them over“, the verdict reads.

According to an unofficial source, Erić resold drugs – bought them for 100, and sold them to her “friends” for 120 KM, although she said something different in her official statement. 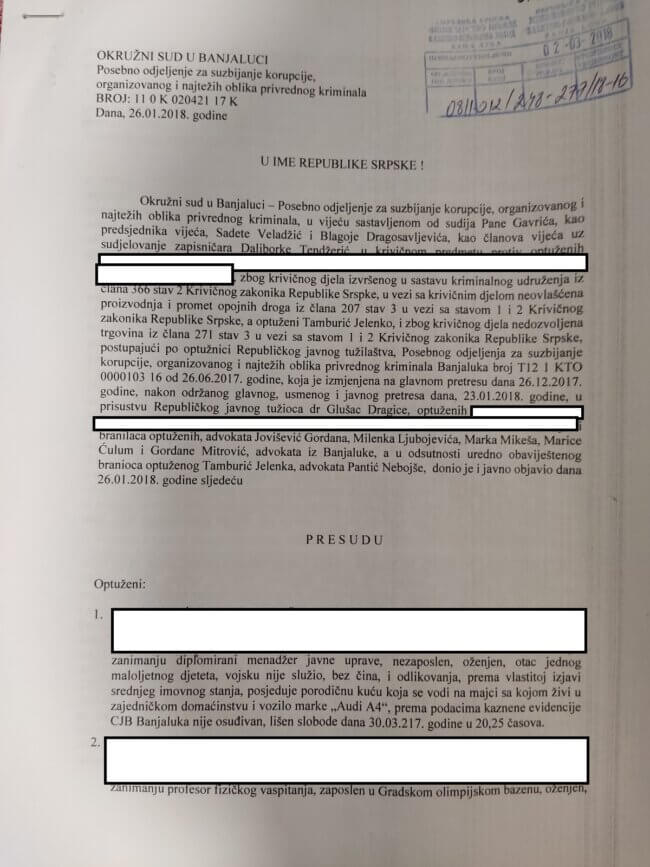 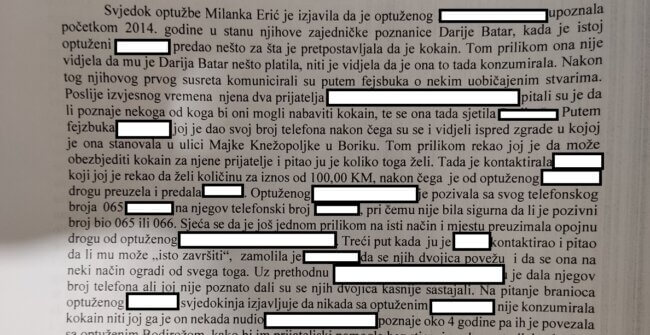 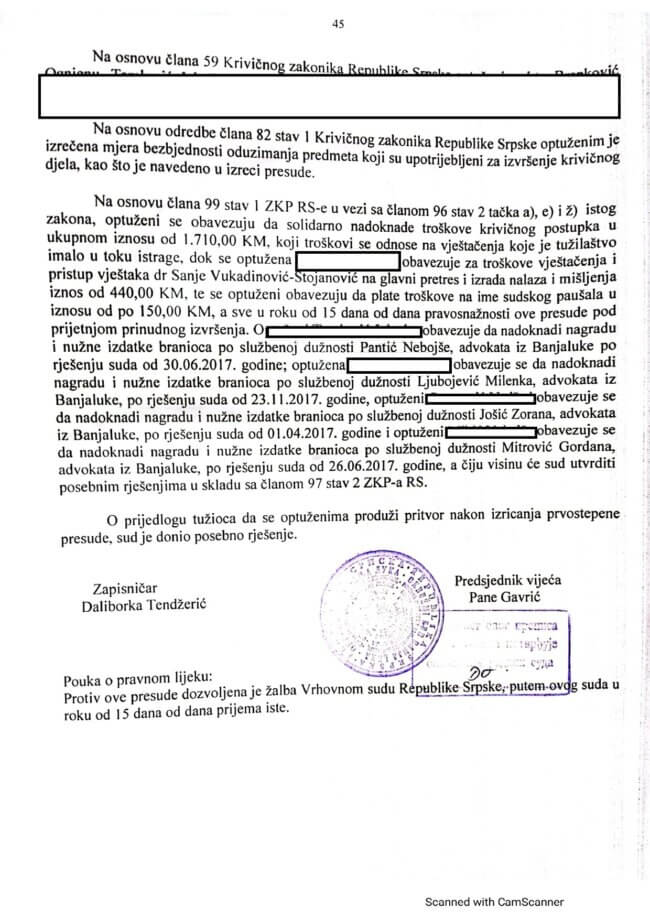 At that time, when all this was happening, Milanka Erić was a student at the College of Internal Affairs in Banja Luka, and immediately after testifying, she got a job in the Ministry of Internal Affairs, which raises the question of her employment, that is, did she participate in an agreement that involved recognizing the resale or use of narcotics (thus putting an end to and in the process against “The six”) in exchange for gaining employment? It is necessary to point out here that, if such an agreement existed, it could only be offered by certain members of the Ministry of Internal Affairs and no one else.

We did not receive any answer to our question that we asked the Ministry of Internal Affairs: “On what date was Milanka Erić hired in this institution“, even though the Ministry of Internal Affairs has duly answered all our inquiries up until this point. We have been waiting for an answer for more than a month. However, our portal finds out that it happened right after giving the disputed statement.

Lawyer Jovana Kisin Zagajac told Infoveza that in this statement, Erić admitted to committing at least one criminal act, and that is “enabling the use of narcotics”. 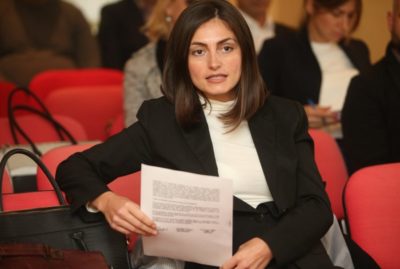 “Article 208 of the Criminal Code of Republika Srpska clarifies that the fact that she found and provided them with cocaine is in fact exactly that crime and on the basis of such a statement, the acting prosecutor, by official responsibility, could have also prosecuted her“, said Kisin Zagajac.

“The fact that the MIA did not prosecute the witness may be for several reasons – he decided not to prosecute the witness who helped him in this procedure, the witness had immunity, he had no other evidence against the witness or similar. The prosecutor already has too much authority under the CPC and he is the only one who decides whether to conduct an investigation against a person or not “, concludes Kisin Zagajac.

“Nothing can surprise anymore from the Ministry of Internal Affairs” Journalist Vladimir Kovačević told Infoveza that there are numerous media articles about the connections of police officers, some of them high-ranking, with various criminal groups. As he explains, the work of the police is not transparent, the leadership of the police and the Ministry of Internal Affairs do not answer the questions of journalists that are of public interest, which further casts doubt on everything that is happening in the police.

“Unfortunately, nothing from the Ministry of Internal Affairs of Republika Srpska and the RS Police can surprise us anymore. The police should be one of the pillars of every society, the protector of democracy, law and the state, and in Republika Srpska, trust in the police has been almost completely lost. Instead of the police leadership just organizing conferences to clarify some things, they are pushing everything under the rug, and thus the police institution and the Republika Srpska itself are collapsing. If half of the information published in the last year is correct, we have a huge problem and there is no salvation for Republika Srpska“, Kovacevic is clear.

He added that Srpska does not need any external enemy, no sanctions, because, as he says, the society will destroy itself because there is no institution, and no one reacts. “Such things cannot and must not happen in any serious country. What do you expect when Milorad Dodik is at the top of the government, crime is only coming down to lower levels. The Ministry of Internal Affairs of Republika Srpska has become an organized criminal group“, Trifunović stated categorically.