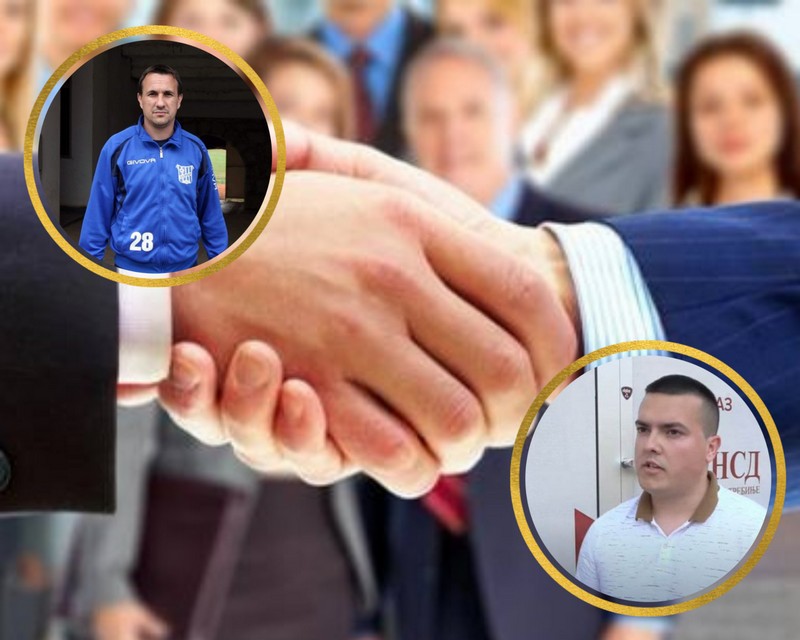 Two years after the announced “strong reorganisation” of Elektroprivreda RS, and three years after the amendments to the Law on Local Self-Government of the RS, the public still does not know how many employees we pay with public money. Although according to unofficial data, more than 1,200 workers in ERS RS received severance pay due to “better productivity and work efficiency”, in this pre-election year, without a clear plan, new workers, mainly cadres of ruling parties, are secretly arriving on the payroll again. The same is the case with the Trebinje City Administration, as well as with public institutions and companies of which the City of Trebinje is the founder.

There is no official data on how many workers received severance pay in ERS RS, nor how much money was allocated for it. The acting director of this parent holding, Luka Petrović, told the media at the beginning of March last year that during the first three waves, 797 workers left electricity distribution companies, whose severance pay was 31 million KM, and that another 150 workers are expected to leave in the fourth wave.

However, Zoran Mićanović from the RiTE Ugljevik trade union organization tells “Direkt” that in the electric distribution companies, about 950 workers received severance pay, and in RiTE Ugljevik between 120 and 150, while there is no information for Gacko.

“Manufacturing companies should have already gone into restructuring, however, it seems that in Gacko and Ugljevik they are holding us up until they shut us down”, says Mićanović.

It is not officially known how many new workers have been hired since the so-called reorganization began.

“It is necessary to carry out a strong reorganization of MH Elektroprivreda RS as a whole, to increase the productivity and efficiency of work, along with the introduction of a system of fair remuneration for workers who are the key bearers of work processes”, Luka Petrović said in April last year.

However, according to the knowledge of “Direkt”, the management of ERS continued the practice of recruiting personnel, without public competition, for which it is questionable whether their qualifications match the company’s needs. Among them are some “sound” names, known to the public.

That’s how Rajko Mičeta, a former football player and coach of the Trebinje Football Club “Leotar”, recently got a job at ERS. Coincidentally or not, during the period when he was employed, he was appointed as the president of the Board of Directors of FC “Leotar”. Until then, the president of “Leotar” was the general manager of the hydroelectric power plants on Trebišnjica, SNSD’s Gordan Mišeljić, because of which he was in a conflict of interest. What Mičeta’s formal education is, what position he was hired for and under what contract, remains unknown, because the ERS did not respond to our inquiry.

Although its construction has not even started, new workers are constantly arriving at ERS’ Solar Power Plant Trebinje 1. Among them is Mirjana Petrović, the current candidate for the National Assembly of the RS on the list of the Socialist Party of Srpska. She is a member of the board of the Trebinje SPS headed by Slavko Vučurević, former president of the Trebinje PDP and former mayor of Trebinje.

“Only a healthy and financially stable woman will be a good mother and wife, and the state must take care of us so that we can stay with our families in our Herzegovina and Srpska”, Petrović stated recently on the official Facebook page of her party.

Petrović has a degree in economics, but it is not known to which position and under which contract she was hired.

We did not receive this information even for the workers who arrived at vacant positions in Elektro-Herzegovina, because the management responded to our inquiry with silence. As we learn, at least seven new employees have arrived in the recent period, mostly members of SNSD, NDP and the Socialist Party.

Ožegović: Abuse of the law

Damjan Ožegović, from Transparency International BiH, says that two legal possibilities are potentially abused by this type of employment.

“As far as MH ERS and its subsidiaries are concerned, the main problem is that in the RS there is no need to conduct competitions when hiring workers in public companies, but managers are left with the discretionary authority to hire when, how many and whomever they want. This is the first abuse, and the second is that, in this case, if workers were fired, according to the Labor Law, people may not be employed in the same positions within a year”, Ožegović points out for our portal.

As we have already mentioned, the public does not have access to official data on when and whether the distribution of severance payments in the ERS have been completed.

Trade unionist Zoran Mićanović says that he has nothing against new employment of young people, but that the main problem of ERS is that it does not have quality workers.

“We restructured the distribution companies to make it easier, and now we are hiring massively. However, the people who come are not the problem. We have a problem with the management, it is in crisis, because managers are appointed only according to their partys’ membership card, it does not matter what they know and whether they know how to work. Here, people with an agricultural school come to run companies, and mining engineers are pushed into corners. In the parent company, in the management, there are people who have nothing to do with the system”, Mićanović points out.

There is always a place for good ones

With each election cycle, the number of workers in the Trebinje City Administration, as well as in public institutions and companies of which the City of Trebinje is the founder, increases. Even the mayor of Trebinje, Mirko Ćurić, did not respond to “Direkt’s” inquiry as to how many new workers were hired, to which positions and to which contracts.

However, we know for sure that one of those who was awarded a job in the City Administration is the current president of the Young Social Democrats of Trebinje, Srđan Kovač. This young party hope is a law graduate, and now an employee of the Urban Planning Department in the City of Trebinje.

By the way, Kovač became known to the general public a few months ago, after the statement he made for the local Herceg television in connection with the distribution of one-time “aid” in the amount of 100 KM to young people and pensioners in the RS.

“We believe that this is an extremely important and strong message that the Government sends to the citizens, a clear indication that we are economically and financially stable, and that young people, veterans and pensioners are not alone. What is important to emphasize is that Republika Srpska does not only help at the national level, but also at the local level. This is a message to young people that they have the help of the Government, and that young people here can build a bright future. Support that they stay, that their work is appreciated, their efforts and that they can realize themselves as family people in this area, they can realize themselves as family people and live in our Republika Srpska”, said Kovač in his famous statement.

In addition to the City Administration, new employees also arrived in the Tourism Organization of the City of Trebinje.

Damjan Ožegović explains that the local self-government is obliged to conduct public competitions for employment, but that they have long been meaningless.

“In practice, it very often happens that certain people come to work, stay there for a while, and then fictitiously announce vacancies in order to legalize their work. This is especially pronounced at the time of each election campaign when those eligible who can bring a certain number of votes or those who have already worked enough for political parties that have the power to hire are rewarded. Through our Centre for free legal assistance, candidates at competitions often complain, because they know in advance the name of the one who will pass the competition. Therefore, even when the competition exists as an obligation, it is just a mere formality, because they do not have to hire the most successful, that is, the best candidates from the list”, Ožegović concluded for “Direkt”.